I wish I'd bought one of these sooner! Expensive, but it just works: 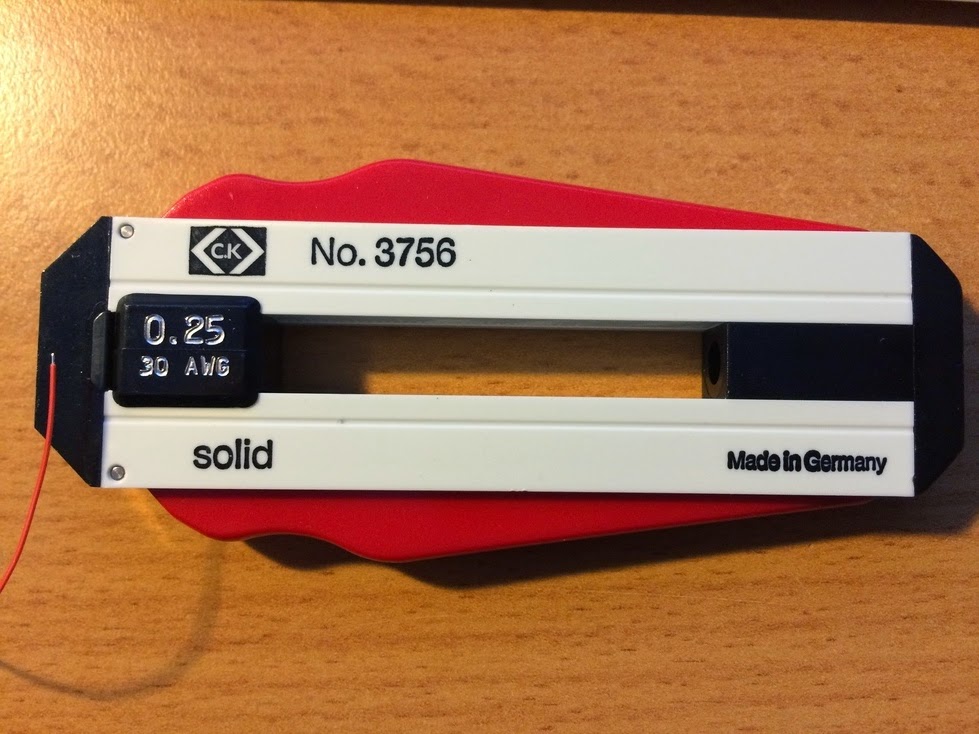 Posted by stevenhoneyman at 19:50 No comments:

This is a generic/unbranded router from dealextreme (product 217078) 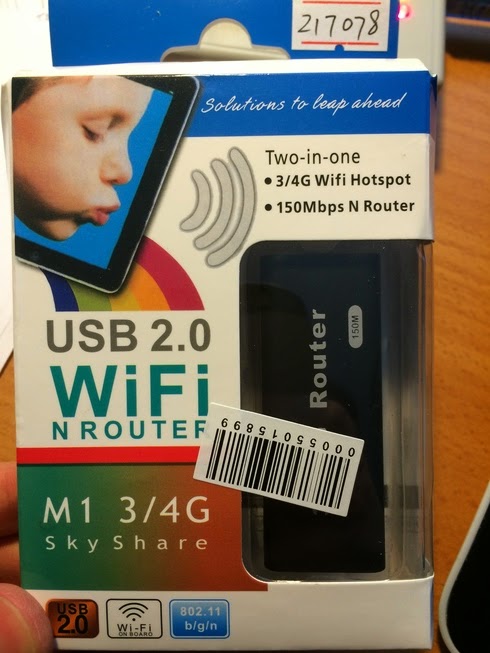 There's very little information in the product description, but for my 7 quid I ended up with a board known as "A5-V11", which has a RT5350, 4M SPI flash, 32M RAM. It is supported by openwrt (here) but the current bleeding edge with the defaults set is too big. It fits if you drop the IPv6 related packages.

It's already well documented so there isn't any need for much more here. Worth noting is that a standard SOIC clip (i.e. Pomona-style) won't quite make contact due to the position of the big capacitor in the middle. The micro USB port is only used for power... so for future experiments I wired the UART to it following the same pinout as Mediatek stuff. A resistor is required on RX or it won't boot (value not critical, also works fine with 330 ohm).

Harvesting parts from a HP Officejet 6310 the other day I saw this: 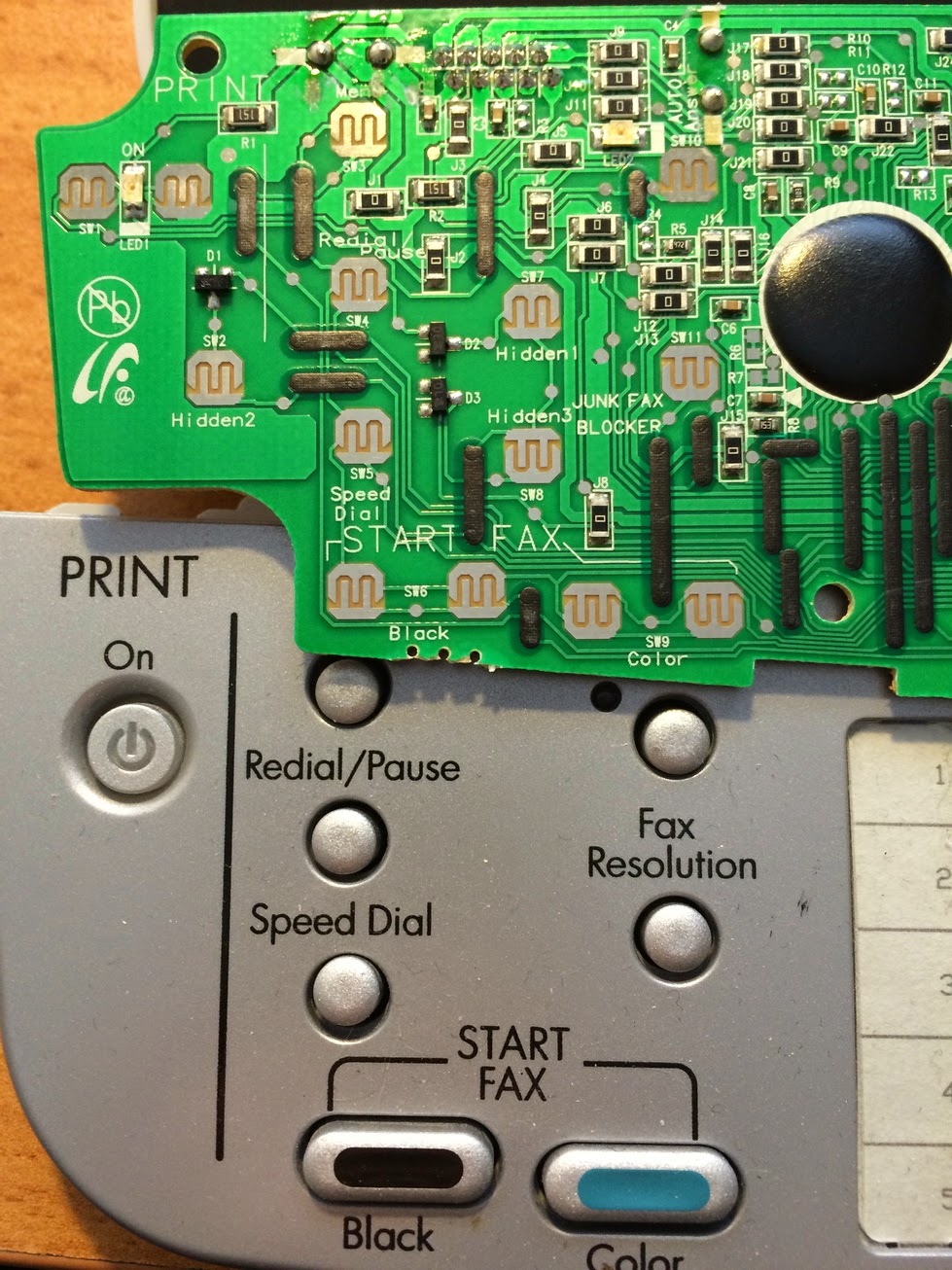 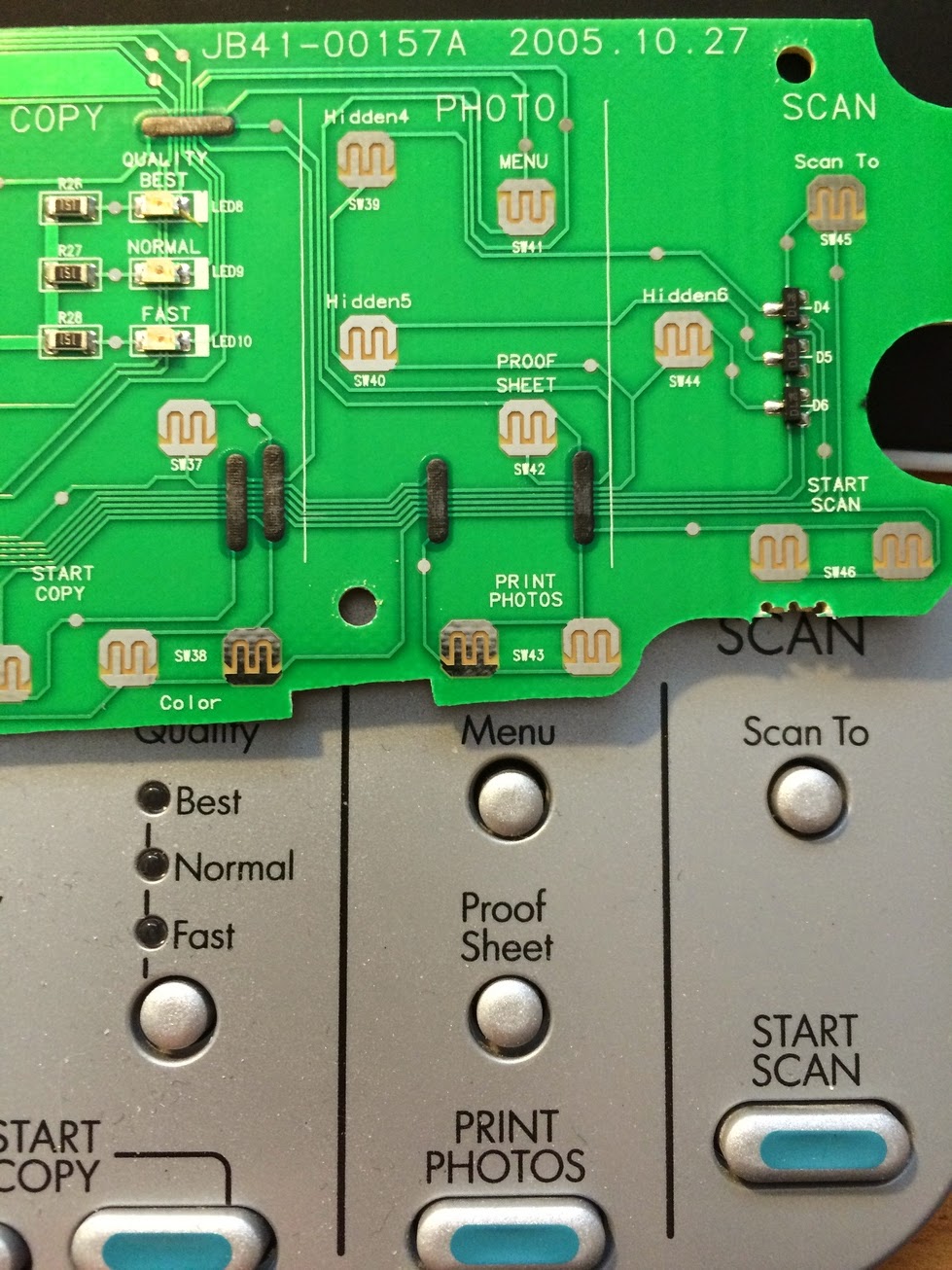 Of course I couldn't leave something like that without at least attempting to find out what they were for! Luckily I hadn't yet destroyed any important bits so it went back together... 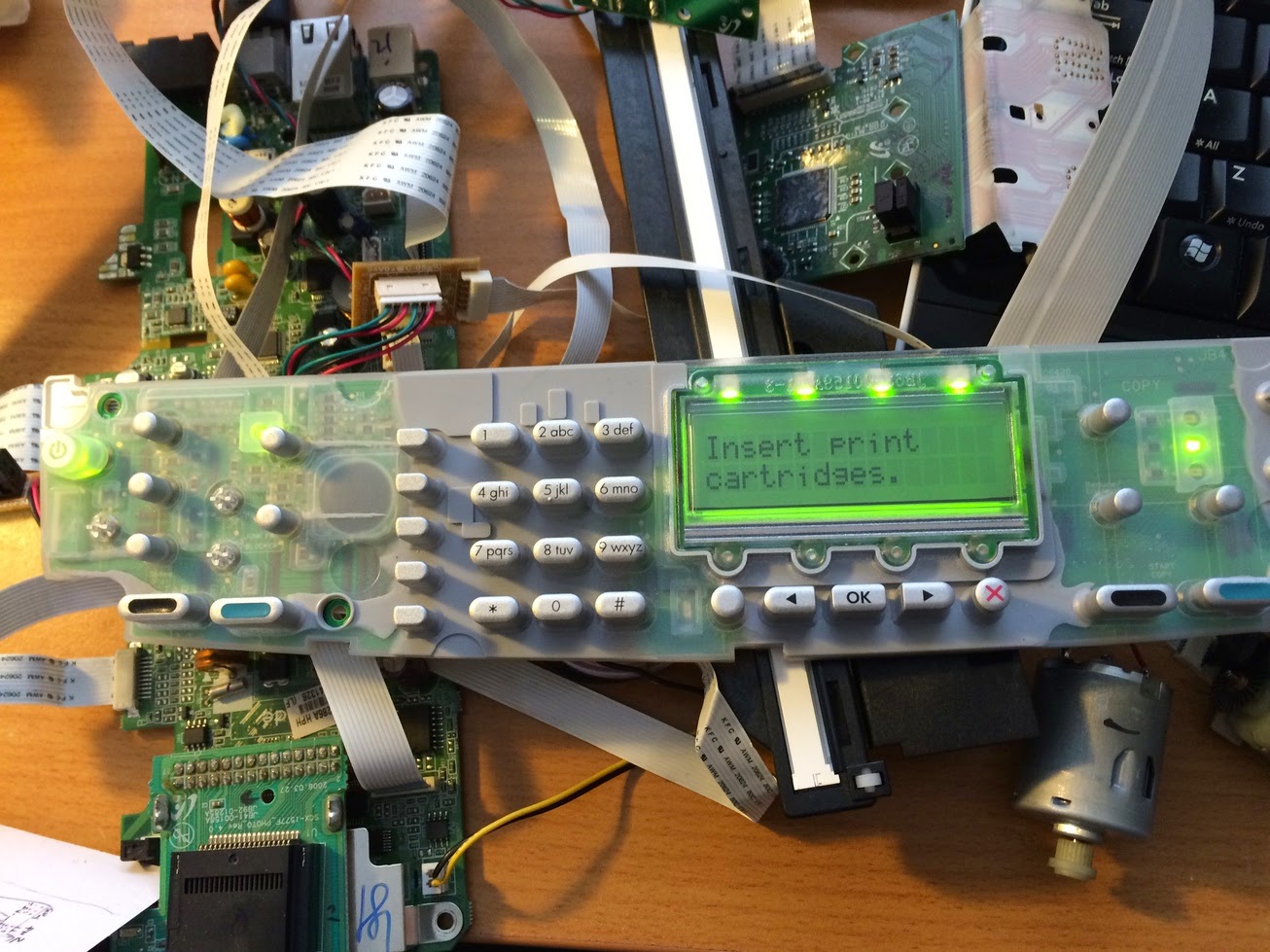 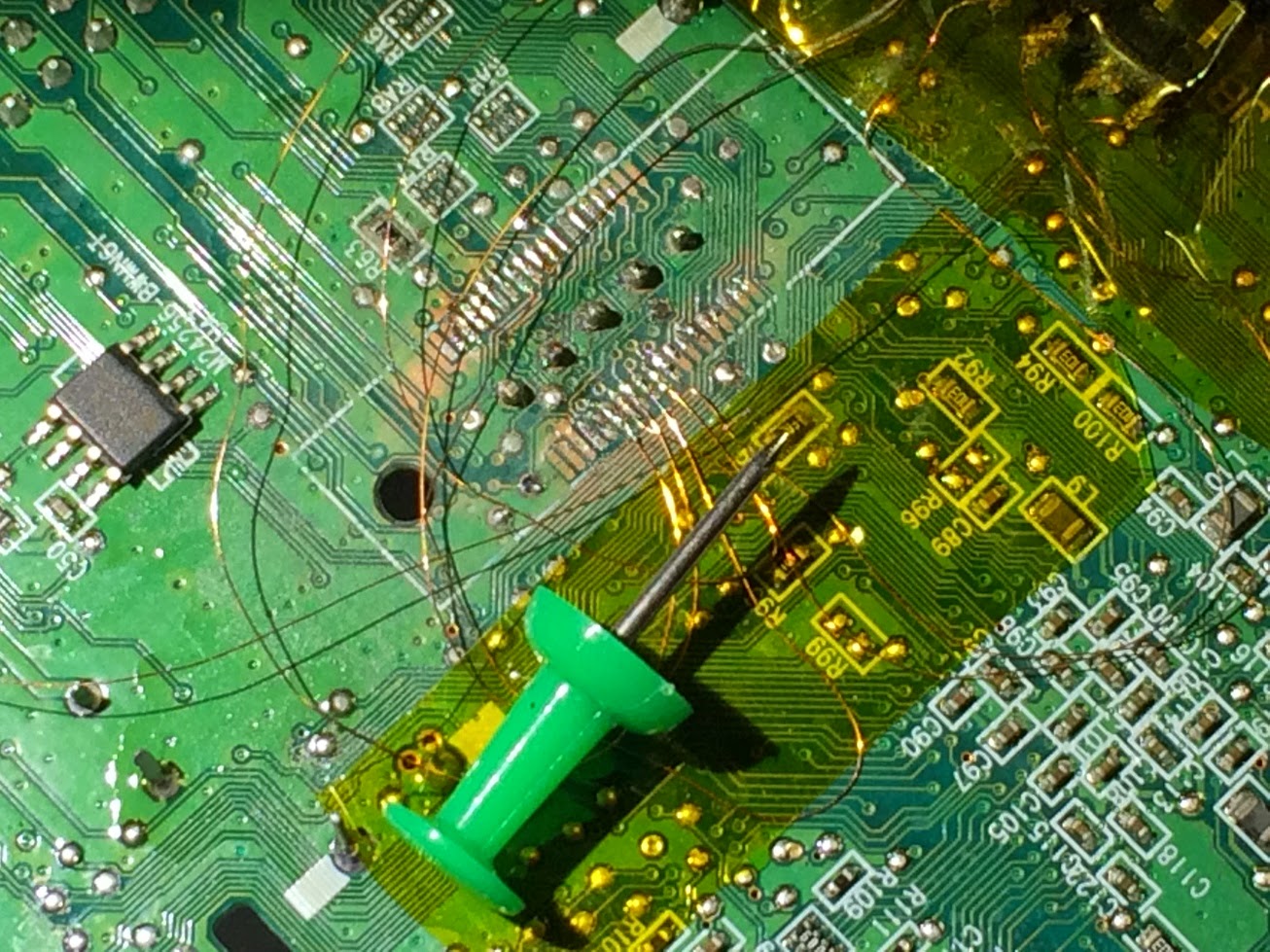 And typically, they didn't seem to do anything at all. Maybe because it had no cartridges? Well I certainly wasn't going to buy any, so I thought I'd take a ROM image and if I got bored enough some day I could have a poke around it. But then - I found a connector header covered over with soldermask. As a 2x19 with central ground pins I took a lucky guess at "Mictor 38" layout and got a JTAG connection. 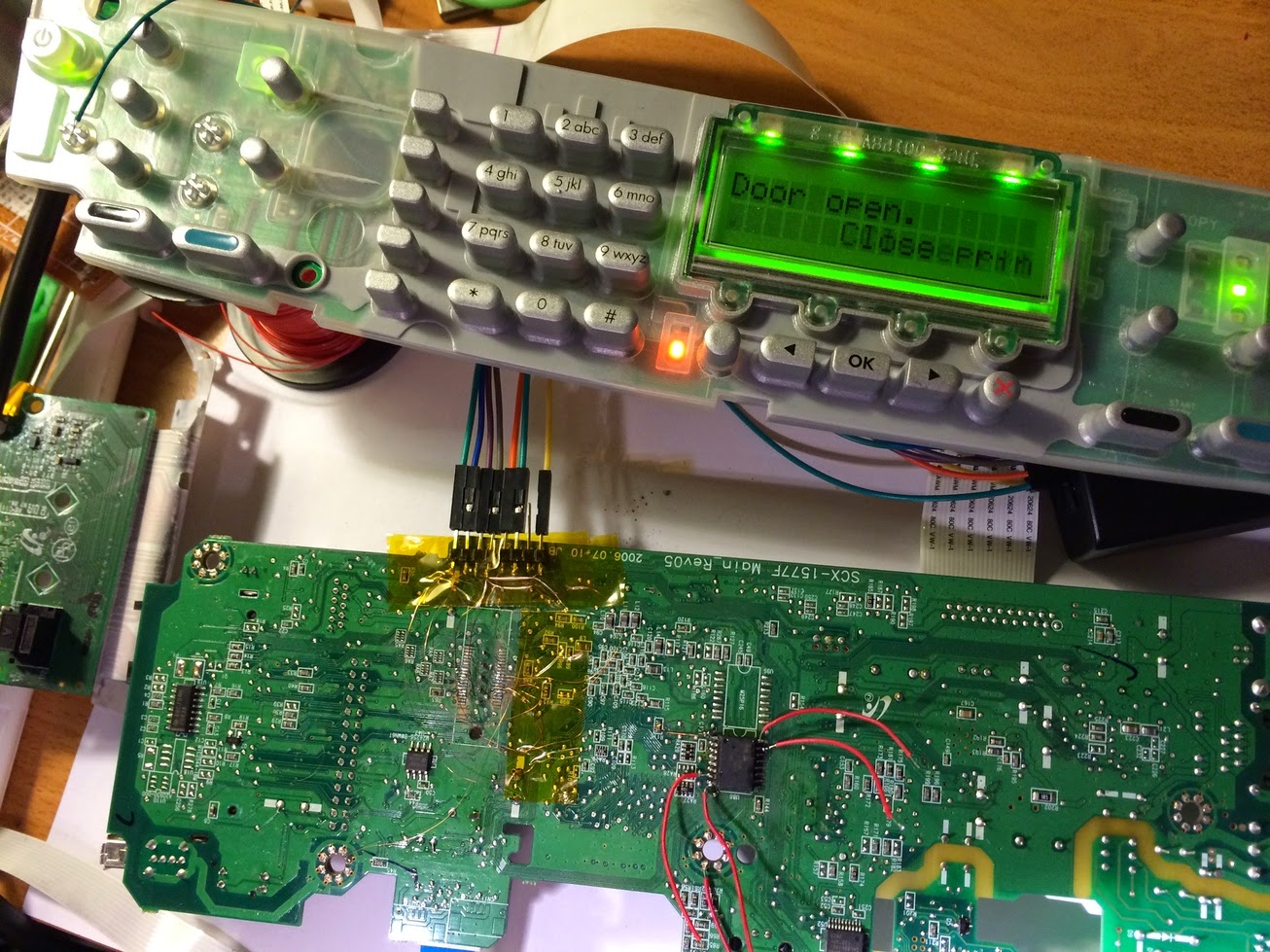 ...and that's where my knowledge of JTAG debugging ends at the moment. The CPU is some kind of custom HP "top secret" NXP part that doesn't exist, which makes things a bit trickier. This probably isn't the best way to learn about JTAG either. Nevertheless, I'll just keep prodding it until something pops!

Posted by stevenhoneyman at 00:14 No comments: